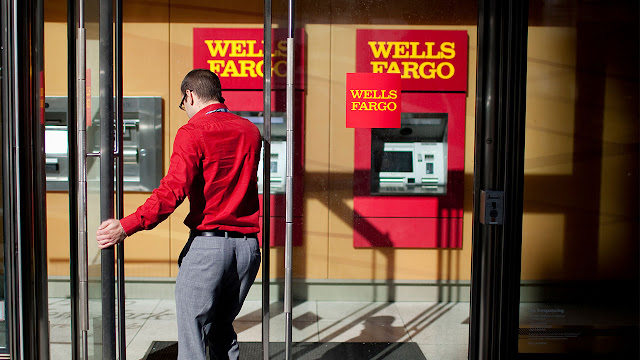 Relief may soon be on the way for consumers taken advantage of by one of the nation’s biggest banks.
A $142 million class action settlement for Wells Fargo customers who had unauthorized accounts opened in their name cleared its first big hurdle this summer when a federal judge gave preliminary approval to the settlement.
If you believe you were a victim, you’ll have to wait to receive your cut, but there are steps you can take now, like checking your credit report. Wells Fargo CEO Tim Sloan also recommended meeting with a banker if you have concerns.

There are millions of potential victims, and the number continues to climb.
The bank initially estimated 2.1 million accounts opened between May 2011 and mid-2015 were potentially fake. Wells Fargo now says its third-party review has identified 3.5 million potentially bogus accounts.
The expanded review looked at a broader timeline — accounts opened between January 2009 and September 2016 — in arriving at the 66 percent increase in bad accounts. That review also found 528,000 account holders who were potentially enrolled in bill pay without their consent.
Over the next two months, the bank says it and the court-appointed claims administrator will begin contacting people who claim the bank opened consumer or small-business checking, savings or credit card accounts, lines of credit and certain identity theft protection services about how to join in the settlement.

What to do if you’re a victim

If you expect to get part of the settlement fund, visit wfsettlement.com. You’ll find court documents and other helpful information.
According to the preliminary approval order, you could qualify for restitution if between May 1, 2002 and April 20, 2017 you:
If you’ve already contacted the feds or the bank about your phony accounts, you can probably sit tight. You’ll be automatically eligible for a portion of the settlement. Others identified as victims by an independent consultant should receive claim forms in the mail.
Everyone else must file a claim online. If you complete a registration form, you’ll be contacted when the claim filing period begins.
Part of the multi-million settlement will go to lawyers and account holders who had their credit damaged and paid fees they shouldn’t have. The rest will be divided among all of the victims.
online bank?” data-height=”auto” data-quiz=”445159″data-on-ready=”qzzrOnReady” data-disable-modal=”true”>

Even if you’re compensated for actions that hurt your credit, it’s unclear whether you’ll receive access to credit monitoring services.
If you think your credit has been damaged, don’t wait (especially if you’re planning to apply for a mortgage or car loan). Get free copies of your credit reports and check for mistakes. If you find errors, you can dispute them online with each of the reporting bureaus.
“You have to check all three credit reports from all three agencies because sometimes different credit agencies can have different information,” says Rachel Kampersal, marketing communications and programs associate at American Consumer Credit Counseling.
Also, remember to gather any paperwork that might help your case.
“I want to mention the importance of having proper documentation to support any claims during the dispute process, which will help the process go smoothly,” says Heather Battison, vice president of consumer communications at TransUnion.

What the future will hold

Before anyone gets paid, the federal judge in the case must give his final approval of the settlement. That won’t happen until Jan. 4, 2018.
In the meantime, a settlement administrator will be notifying customers and reviewing claims.
Victims can object to the settlement or seek to challenge Wells Fargo in court as individuals. But if you choose to fight the bank on your own, there’s no telling how successful you’ll be.
“You also have the issue of whether or not you’re bound by an arbitration clause,” says Ira Rheingold, executive director of the National Association of Consumer Advocates. “Even if you have been significantly harmed, you’re not going to be able to go to court anyway because Wells Fargo’s not going to let you.”
All Buzz janvier 03, 2018 Komentar

How to get your piece of the Wells Fargo banking scandal settlement
4/ 5
Oleh All Buzz
Prev Next Accueil
Inscription à : Publier les commentaires (Atom)