If you’re thinking of singing the Lukaku chant this weekend, history should convince you otherwise - buzzb4u

Home / Without Label / If you’re thinking of singing the Lukaku chant this weekend, history should convince you otherwise

If you’re thinking of singing the Lukaku chant this weekend, history should convince you otherwise

If you’re thinking of singing the Lukaku chant this weekend, history should convince you otherwise 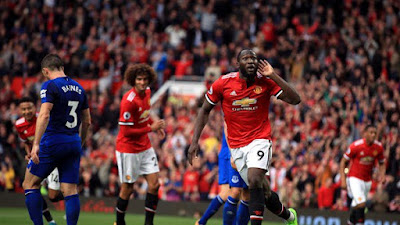 Kalinga researches representations of health and wellbeing in an African context, and has interest in the sexual representations of the black body.
And when it comes to the reasons why the chant is offensive, she explains it has everything to do with the history of the treatment of the black body.
“Such discourses are deeply rooted in colonialist/slavery era perceptions of the hypersexualised black body,” she said. “Which often was fetishised in early representations of pornography.
“I think when people participate in these chants, some are not aware that they are partaking in discrimination, which appears covert, but actually feeds into historical stereotypes of the sexual threat of the black man.
“However, this does not excuse those who actively know that they are purposefully promoting stereotypes of black men.
“The stereotype was that the black body was more sexual than intelligent, and that was very pervasive, especially in some of the earlier forms of pornography.
“In what they called stag films, of the late 19th/early 20th century, a lot of them were silent films of black men who were very largely endowed.
“It was a real huge point of fascination with the black body.”
This idea that black people’s sexuality was their most prominent characteristic, rather than intelligence for example, is clearly a damaging one, but as Kalinga explains, the demonisation of the black body, both male and female, went further still.
“There was a South African woman called Saartjie Baartman who actually was taken from South Africa at the turn of the 18th century and brought to Europe to participate in freak shows because of the size of her bottom,” said Kalinga.
“She was seen as so grotesque but also sexually fascinating, because she was different: she had a very large bottom.
“When she died in Europe she was subjected to a gruesome dissection to find out what made her so different physically.
“With the eugenics in the Victorian age and these ideas of Africans being sexually not able to control themselves, but also being physically different – bigger breasts, bigger bottoms, bigger penises – that was the discourse, that they were by nature sexually deviant and lecherous.”
And those ideas transferred into language of their own, with terms used to describe the supposed sexual deviance of the black body.
“The contemporary slang terms are ‘mandingo’ and ‘jezebel’, for the black man and the black woman,” said Kalinga.
“‘Mandingo’ means well-endowed sexual predator, and the ‘jezebel’ is an over-sexual predatorial black woman, so these are deeply entrenched terms that go back to these periods where the interpretations were that these people needed to be controlled because they were thought to be completely sexually reckless.
“These beliefs about the black body and black sexuality were used to justify beliefs that whites were a superior race and used the physical attributes of black bodies and perceptions about sexual savagery to justify colonialism and slavery.”
All Buzz mai 08, 2018 Komentar