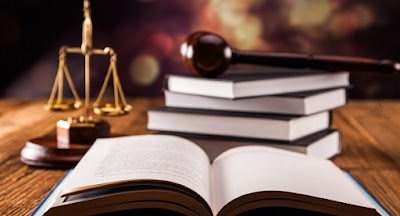 A fifteen-year-old boy locked himself into his mother’s car outside a garda station after a meeting with his juvenile liaison officer and caused so much difficulty that additional gardaí were required to arrest him, writes Liam Heylin.
At the height of the incident the teenager opened the door only to grab his mother’s handbag from her. He then threw the bag and contents out in front of on-coming traffic. A lorry drove over the bag smashing the phone belonging to the boy’s mother.
This evidence was given by Garda John O’Driscoll at a juvenile sitting of Cork District Court yesterday.
Garda O’Driscoll said, “In my 17 years as a juvenile liaison officer I have never, ever…”
Defence solicitor, Shane Collins-Daly interrupted the garda and said that his evidence should be limited to what occurred in the incident rather than wider commentary.
Judge Con O’Leary told Garda O’Driscoll that he was requesting a probation report on the teenager in advance of sentencing and that the probation officer would be contacting the guard for his views of the incident.
The boy who was 15 at the time of the incident on February 15 and is now 16 pleaded guilty to a charge of engaging in threatening behaviour arising out of the incident at Togher garda station.
“The defendant was in my office in Togher garda station. When the meeting finished he went out to the car park and locked himself in the car. His mother could not get into her car to go and collect her other children from school.
“She asked for my assistance. I asked him four times to open the door and he told me to f*** off. He opened the door and took his mother’s handbag and threw it out on the road in front of traffic.
“He told me numerous times to f*** off. I needed assistance to stop him from going back into the station to his mother,” Garda O’Driscoll said.
Mr Collins-Daly said the teenager was also pleading guilty to engaging in threatening behaviour in an incident the following month.
Inspector Brian O’Donovan said Sergeant Michael Morris directed the accused to leave the scene of a disturbance on St. Patrick’s Day.
“He shouted f*** the police and gave the finger to gardaí. He shouted louder and louder. He was arrested and en route to the garda station he became more abusive. He made efforts to head-butt and spit at Sgt. Morris in the car.
Judge Con O’Leary put sentencing back for a month to allow for preparation of a probation report. Other unrelated cases against the defendant are also listed for sentencing on that date, Mr Collins-Daly said at the juvenile court.
All Buzz mai 08, 2018 Komentar